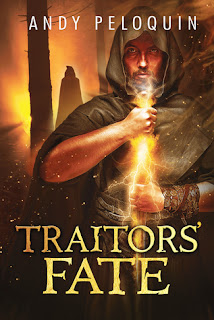 Ilanna, Master of the Night Guild, has waged a war for eight years to cleanse her city of the rival criminal organization that nearly destroyed it. When she uncovers a ring of slavers trafficking young girls for sexual servitude around the continent, she is forced to venture into the city of Voramis, the seat of her enemy's power, to hunt down the true culprit and put an end to the enslavement of innocents.

But her enemies will not be so easily eliminated. She must turn to the one man certain to get the job done: the Hunter, legendary assassin of Voramis.

The Hunter willingly accepts a fortune in gold to kill one of the richest men in his city. A mansion fortress and a private army should prove no match for his inhuman abilities.

But as he stalks his target, he unmasks a bloodthirsty conspiracy in the guise of a holy mission. If he doesn't stop the men responsible, the gruesome murders will continue and people—including those he has sworn to protect—will die.

This book is comprised of two novellas, and straddles the space between two trilogies. In the first novella, we follow Ilanna, the leader of the Night Guild, as she and a small crew track down the members of a rival guild, the Bloody Hand, who are running a slave trade and sex trafficking operation through her city. Ilanna is enraged by this for territorial reasons and personal ones.

In her plans to destroy their leader and their trade, she takes great risk, following the Bloody Hand into their own territory. There was a lot at stake, the tension was high, and the plot unpredictable. I thoroughly enjoyed this novella.

The second half of the book is a novella from the point of view of an assassin known as The Hunter. I think it serves to set up this character for the next trilogy. Without giving too many spoilers, we follow him through a complex job during which he is sidetracked a bit, developing reasons to turn one hit into two and further complicate his own plans. The Hunter is skilled and resourceful in his actions. I didn't quite connect with him, though he is a well-written character. For me, this second novella had less tension and I wasn't thoroughly hooked into it.

There's a lot of great world building in both stories. Overall, Traitor's Fate is a dynamic and immersive story of rival thieves guilds, rife with intricacy and intrigue.